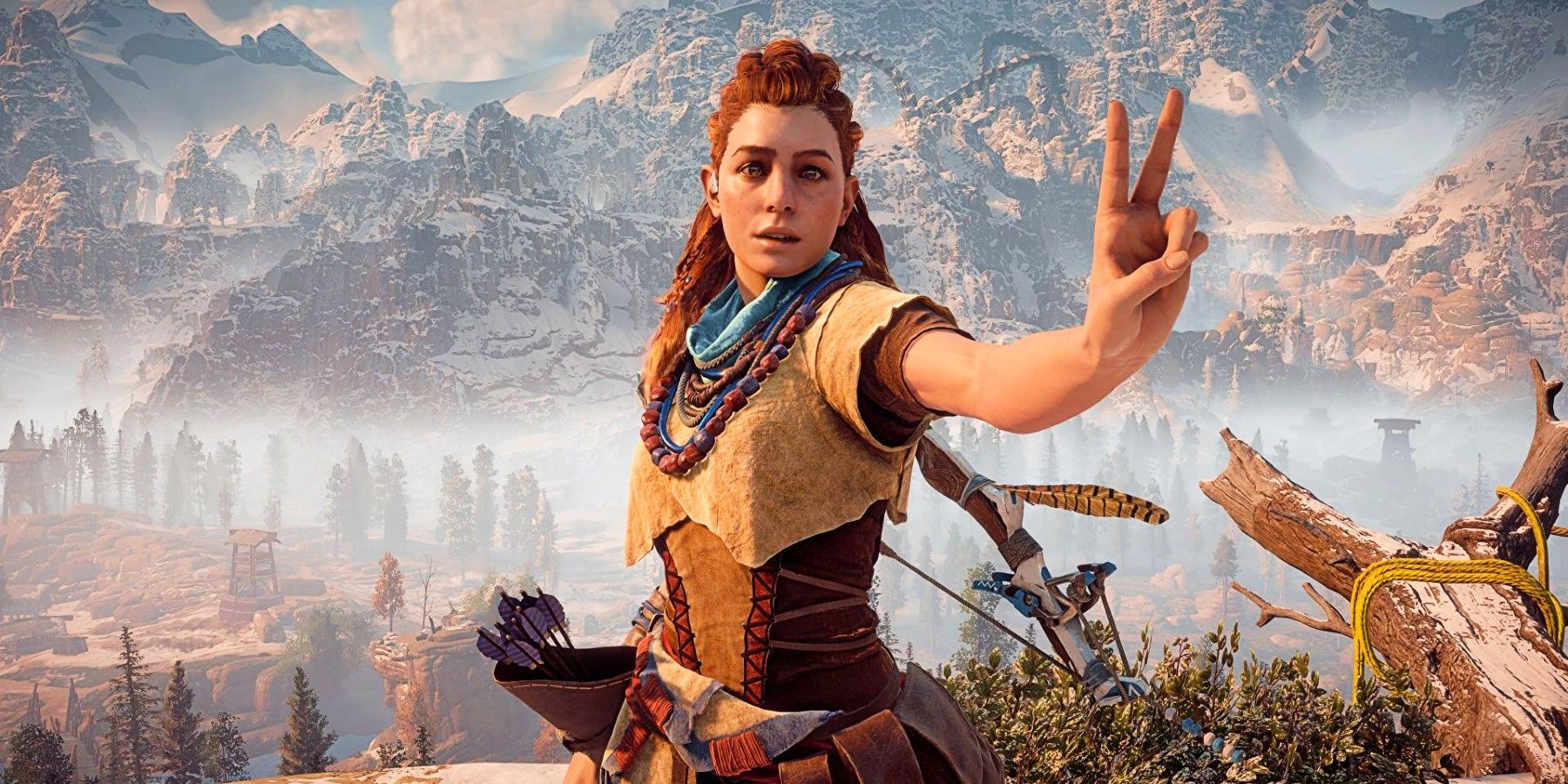 Horizon Zero Dawn is a third-person action RPG that was released on the PlayStation 4 system in 2017 before being ported to PC in 2020. Created by Guerrilla Games, a Dutch first-party Sony studio, Horizon Zero Dawn is set in a post-apocalyptic world where robot dinosaurs rule the earth.

Horizon Zero Dawn was a successful new IP for Sony and Guerrilla Games, selling over ten million copies and earning itself an 89 Metacritic score on the PS4 system. Critics and players praised the game for its unique setting, gorgeous graphics, and diverse combat system. In June 2020, Guerrilla announced a sequel titled Horizon Forbidden West, which is set to release in February 2022 on PS4 and PS5.

In an effort to garner up more interest in the franchise, Guerilla recently released a 60fps update to Horizon Zero Dawn for players who find themselves lucky enough to own a PlayStation 5. Alongside this update came a change to the game’s logo, which has been spotted by an eagle-eyed fan and Twitter user, Adam Novice. Adam recently reinstalled the game to try out the new performance update.

The new Horizon Zero Dawn logo features two small changes: a line break has been added alongside the Roman numeral for one, indicating that this is the first title in the series. The new logo is now more similar to the one used for its sequel, Horizon Forbidden West. This makes the branding for the franchise more consistent and makes it clear for players which entry comes first in the series.

Horizon Forbidden West was originally supposed to launch in the fall of 2021, but now with its release date being confirmed as February 2021, Sony now has something of a hole in its upcoming fall PlayStation lineup. Arkane Studio’s action-adventure Deathloop is now the PS5’s only big exclusive title for the rest of the year, and even that game is a timed console exclusive. With Microsoft launching its much-anticipated FPS Halo Infinite in December, it certainly holds the advantage for fall 2021.

Of course, February 2022 isn’t too far away, and it is always better to get a polished game rather than an unfinished one. Sony’s first-party studios are generally highly regarded for creating highly polished titles, and Guerrilla showing care to something as simple as an old logo goes to show their dedication to the Horizon franchise. The PlayStation platform is set to have an excellent 2022, with massive titles like God of War: Ragnarok, Gran Turismo 7, and the aforementioned Horizon Forbidden West poised to release next year.

Horizon Zero Dawn is available on PC and PS4.

MORE: How Aloy Will Differ in Horizon Forbidden West from Zero Dawn

Horizon Zero Dawn was fantastic, but it does have one feature that the upcoming Forbidden West sequel could flesh out a lot more.

Ever since getting hooked on Super Mario 64 at the age of four, Nick hasn’t stopped playing video games. He particularly loves RPGs, shooters, and sports games, but is open to playing absolutely anything!