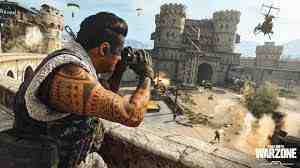 Games are one of the best stressbusters for almost all of us. Moreover, they are not just stressbusters in today’s world. Games have transformed a lot which is the reason they have become a way of earning money. It is one of the reasons that the gaming industry is at an all-time high right now. Statistics suggest that the gaming market will reach over $398 billion by the year 2026.

Yes, shooters and roleplaying games are some of the most popular genres. However, the primary element of these games might not be your cup of tea. If you are a lover of puzzles, mysteries, and riddles rather than violence, the adventure genre is the best for you. For instance, Minecraft gives you one of the legendary adventures that remains popular even to this day. However, if you want to take a break from fighting zombies, skeletons, and creepers, the titles below will give you a new journey!

BATMAN: ARKHAM CITY
Let’s begin with those who love Batman and his mysterious attire. Thus, this game is about one of the best superheroes in the world. Batman: Arkham City deals with the main protagonist, Bruce Wayne, masked as Batman, who tends to stand against the criminal underworld of his city.

Its voice acting makes it stand out as one of the best games ever made, with Mark Hamill delivering an unforgettable performance as he does every time you see him play this magnificent villain on screen. However, the Batman Arkham series should be played in a specific order for the best experience. Thus, Batman: Arkham City should be the fourth title you play.

The game features hand-to-hand combat and villains like the Joker, Deathstroke, and more. The game’s graphics are super realistic, with a new art style to make Batman feel right at home in Gotham’s seedy underworld.

FAR CRY 4
Developed by Ubisoft Montreal, Far Cry 4 is a first-person shooter, a sequel to Far Cry 3. Unlike its predecessor, which took place on an island in the Indian Ocean, this one’s setting is in Kyrat, a huge open world that players can explore freely from beginning to end.

In order to complete objectives, you must traverse these varied environments and deal with the plethora of dangers (animals as well as enemies). You will also interact with other people who are either vendors or neutral non-combatants. The latter category may require some convincing before they become “allies” on your journey.

The game was highly praised by critics in terms of soundtrack, design, and open-world design. So, if you want some action and adventure within the same game, then Far Cry 4 is definitely for you! NIGHT IN THE WOODS
Although the game was funded through a crowdfunding platform, it has garnered 400% of its funding goal. This brilliant game takes on Mae Borowski, a college dropout suffering from mental issues who returns home and tries her best to make sense of all that has changed.

Her friends are distant; townsfolk warn against venturing into woods at night. It is only when she ventures out alone one evening that her childhood fears start coming true in ways too terrifying for words: Possum Fall’s own forests have become infested with something dark and terrible. As a player, you are free to jump and run. You can also learn various other mechanics to easily explore the Possum Springs. The thing that you have to do is to help save her before its secrets drive some locals mad. If you are a bit like Mae, then this one is for you.

FIREWATCH
Firewatch takes you to the year 1989 for a first-person adventure game. You take on the role of Henry, who has taken up a job at a fire lookout in Shoshone National Forest in Wyoming. He goes there along with his boss named Delilah, to look for signs of any forest fires that may start owing to the dry weather conditions. The two are completely isolated and have no contact with anyone outside their lookout tower.

This is when you realize that you need to fight against loneliness by keeping a journal, explore your surroundings, and deal with disturbing events. Other than this, there is also mystery related to strange things that have been happening, and it needs to be solved! GONE HOME
If you love a good story, it is the right time to play Gone Home. The game was developed by Fullbright in 2013 and has received critical acclaim since its release. It involves the player playing as Katie, who returns home from an overseas trip only to find that her family is missing.

Your aim here is to explore the mansion and find out what happened to everyone. The plot is quite interesting as you play through it, making it a one-of-a-kind game. FINAL WORDS
The above games are only a few of the many excellent adventure PC games that you could possibly play. The available selection allows you to play games that seem the most intriguing to you. Thus, browse through Steam or Epic Games libraries to find the title for you. However, it could be that some games or their DLC will not be available to some users. In other cases, you will pay much more than other gaming enthusiasts. A VPN for PC is the tool that can help you overcome geo-restrictions and price discrimination. Thus, there will be nothing stopping you from purchasing games that you have always wanted to try!

Disclaimer: If you need to update/edit this article then please visit our help center. For Latest Updates Follow us on Google News
Tags: adventure games GameSpace