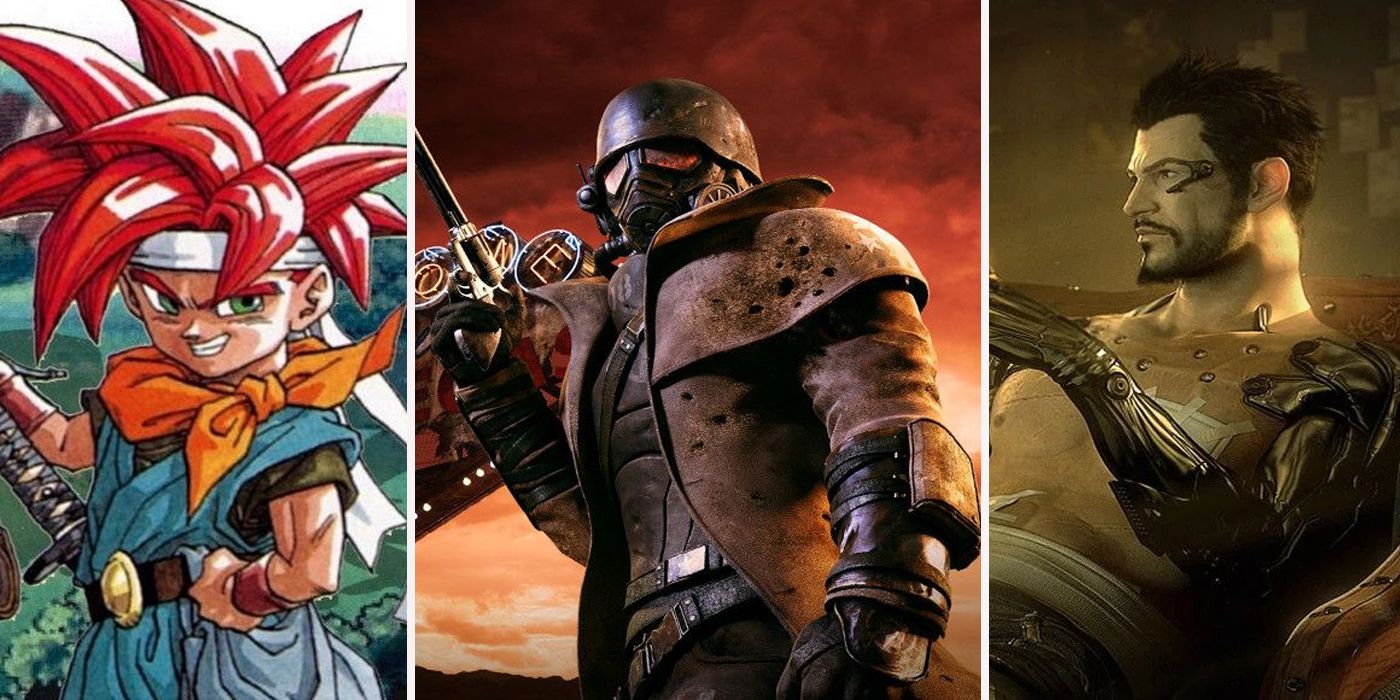 Science fiction and role-playing go together like peanut butter and jelly. After all, it’s difficult for fans not to want to fantasize about becoming a character like Han Solo or Sarah Connor. But when gamers get lucky, a video game comes along that lets them do that and much, much more.

RELATED: The 15 Best Sci-Fi Video Games Ever (And 15 That Missed The Mark)

The following list takes nearly 30 years of sci-fi RPG games into consideration to celebrate the games that allowed us to step into the shoes of epic heroes of our dreams. If you’re new to the genre, you’re about to find games you want to add to your wishlist. For the veterans, prepare for a pleasant trip down memory lane and a few surprises along the way!

Shadowrun can represent an excellent go-to for fans when they’re not in the mood for D&D or pen-and-paper RPGs. Fortunately for the entire gaming community, this tactical role-playing game delivers the goods in Shadowrun Returns.

Admittedly, this title is one of the shorter games to make this list. Depending on how much you’re into reading the dialogue, you can finish it in around 12 hours. But finding out what happens next in the cyberpunk Seattle of the future is well worth the price of admission.

Have you grown tired of games that promise to have a meaningfully different story based on your choices? Do you laugh when a developer claims that you could play the entire game with dialogue choices? Fallout: New Vegas will make you believe that both are possible.

This game accomplishes having on-point gameplay while delivering well-written stories with deep and meaningful lore (which is one of the reasons why it made our list of RPGs with the best storylines). Bethesda proved with Fallout 3 that the series could work as a first-person shooter. But Fallout: New Vegas allowed us to revel in that success. For this reason, and many others, you will struggle to find fans that don’t consider it the best of the FPS games.

Imagine the biggest science-fiction sandbox you can, triple that number, and you might get close to the scale of EVE Online. In the truest sense of the term, you get to role-play as absolutely anything you want. You can become a captain of industry, a smuggler, and a pirate rolled into one if you like!

The game does focus on several different professional paths: business, industry, military, or exploration. While you get caught up in quests and building your wealth, your interactions with players are typically paramount to success. And if you stick around long enough, you may find yourself involved in some of the most epic scale battles (or online tournaments) for supremacy anywhere in the gaming world.

It might be a bit of a cheat to have two Fallout games on this list. However, it’s worth taking the time to consider both the best of its isometric RPG and FPS history. While its graphics haven’t aged as well as others, one could argue that it represents the best of the series.

Fallout 2 dedicates itself to a hardcore isometric RPG experience, and it’s a master class in the genre. As if that’s not enough, many fans find that nothing Bethesda has brought to the table can match the story or branching paths in this game. The Interplay era of the Fallout universe is something no gamer should go without experiencing, but you may want to embark on this endeavor with mods that make the game even better.

Deux Ex: Human Revolution is a brilliant blend of genres. The voice acting and script can have their rough edges, but its deep commitment to building a near-future science fiction world holds it together. Blade Runner fans, cyberpunk fiction junkies, and even art history majors can find something to love.

If Deus Ex: Human Revolution does one thing well, it’s offering the player an abundance of choices. If you dive into this experience, you will rejoice at the amount of freedom you have throughout. The game may look like a straightforward shooter on its surface, but it’s a deep sci-fi RPG experience to its core.

System Shock 2 is the RPG horror survival game that proved Ken Levine was one of the most innovative designers in the world. Without the success of this game, we may not have had the pleasure of experiencing the original Bioshock. You can say what you want about its sequel or Bioshock Infinite, but you can’t claim that System Shock 2 isn’t a linchpin in the history of video games.

For starters, the story and atmosphere feel like an epic three-way marriage between The Thing, Alien, and Blade Runner. It’s an absolute shame that it was almost impossible to play for so many years. You should do yourself a favor and dive into this deep sci-fi horror RPG that continues to stand alone over 20 years after its original release.

Chrono Trigger is a masterpiece RPG that does much more than hold up to the test of time. This game can rival the best of any decade since its 1995 release. Without a doubt, this game belongs on the list of best RPGs in history, and it’s not likely to fall out of favor anytime soon.

Chrono Trigger is unique because it has one of the best soundtracks, characters, and battle systems ever created. With multiple endings and an engaging aesthetic, you won’t want to put it aside once you get neck-deep into its world. Close to 30 years after its release, you could do much worse buying any other sci-fi RPG (or even the best time travel games) out there.

EarthBound, or Mother 2 in Japan, continues to be one of the most unique and beloved RPGs in history. Even its advertising had its quirks, even if it is painfully 90’s in presentation (as well as filled with secrets that were unearthed 26 years after release). Before its North American debut on June 1, 1995, its ad in Nintendo Power included a scratch and sniff section that proclaimed, “It stinks!”

RELATED: 10 Best Earthbound Memes That Are Too Funny

Far from being terrible, EarthBound regularly finds itself on lists for the best games of all time. If you enjoy the old-school turned-based RPG style of the SNES, you owe it to yourself to give it a try. If you do, you’ll find yourself experiencing the existential ennui of waiting for a North American release of Mother 3.

Regardless of the bickering over the latest Star Wars movies, one game still has the power to unify fans. Star Wars: Knights of the Old Republic found its way to store shelves on July 15, 2003, and it still deserves respect as one of the best sci-fi RPGs ever made.

To this day, its gameplay remains solid, and it’s an excellent mechanic to draw you even farther into its stellar storytelling. And without a doubt, the story rivals the very best of what Star Wars has ever offered its fanbase.

Any Mass Effect title could fill a spot on any “best of” list for sci-fi or RPGs. However, its sequel is arguably the zenith of the series because it refined every element in unprecedented and unmatched ways.

In particular, Mass Effect 2 is a milestone game that any fan of video games needs to experience. If Mass Effect Legendary Edition hasn’t found its way into your library, buy it immediately for the complete and remastered experience. By the time you’ve reached the end of the second game, you are guaranteed to appreciate why this has to take the top spot on our list.

NEXT: 10 Underrated RPGs That Need Remakes

Roll your eyes, grind your teeth, voice your complaints, but you know as well as I do – we’ll be in Skyrim come November.

Aaron Wolfe is a freelance writer from Seattle, WA. He has experience as an English Language Arts Teacher with reading and writing specialist endorsements. Aaron also worked with Microsoft Partners to transition businesses to cloud solutions. He’s a life-long gamer and PC enthusiast with a passion for collecting retro games.