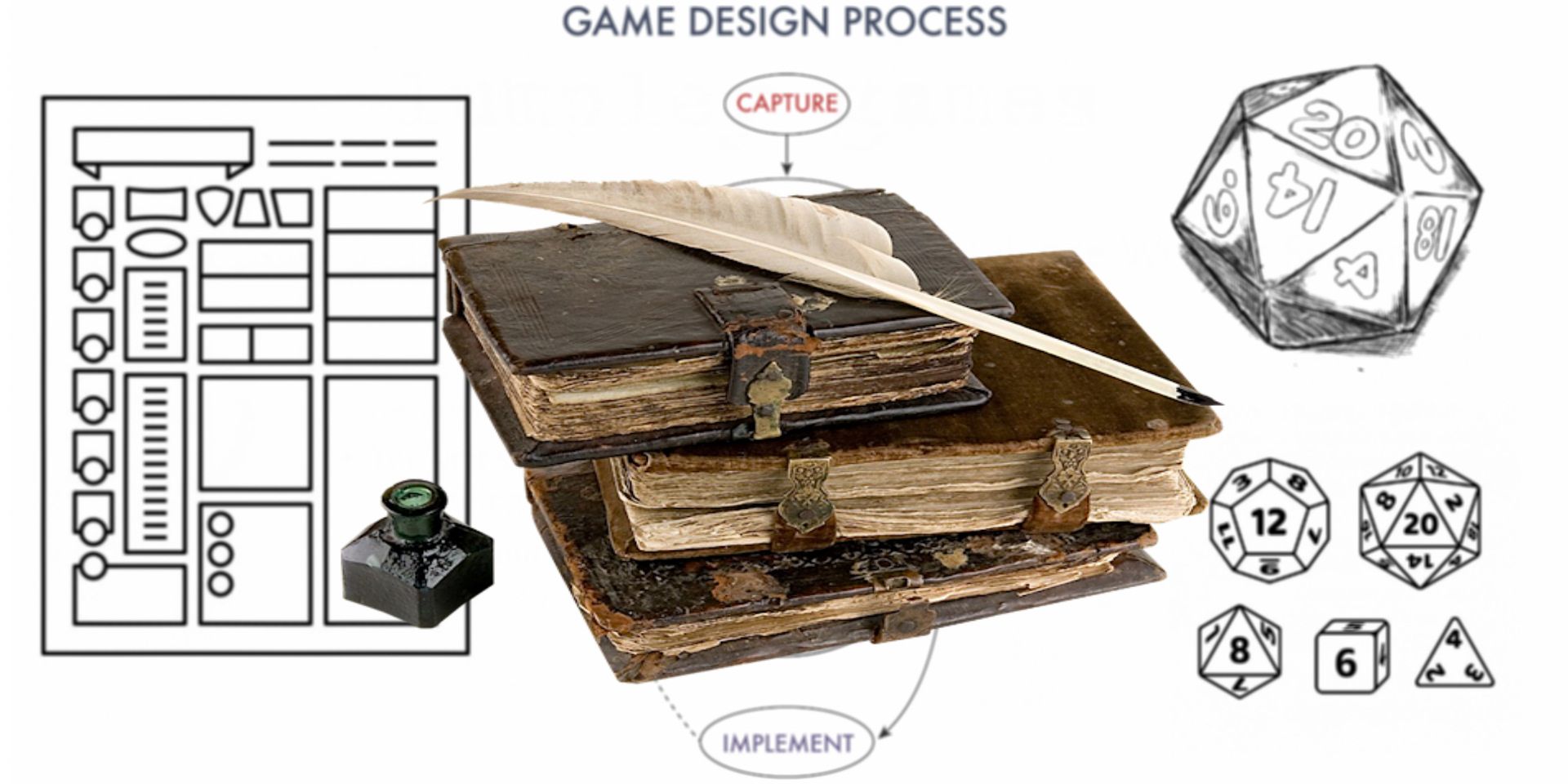 A list of online resources for aspiring tabletop RPG designers, replete with tips on how to write rules for an RPG and format the RPG rulebook.

For those interested in designing a new tabletop roleplaying game, or who are unsatisfied with existing RPG systems such as Dungeons & Dragons or Apocalypse World, there are many RPG design resources to make use of. The internet alone holds a library’s worth of discourse, theories, and hard-learned principles about how to make new tabletop RPGs with rules geared towards certain types of play and certain themes. The websites, booklets, and zines described below only scratch the surface of RPG design theory.

If classic 1970s Dungeons & Dragons is the seed of all tabletop roleplaying games, then every other RPG is a root or branch extending out into new and interesting directions. Some contemporary RPGs try to take the premise of D&D – exploration, combat, and character growth in a fantastical world – and “refine” it with new rulesets (sometimes resulting in a style of RPG referred to as a Fantasy Heartbreaker). Other RPGs consciously try to shed the assumptions and core mechanics of basic D&D, taking the roleplaying game genre in new, exciting directions.

The websites, booklets, zines, and articles listed below are all written by veteran tabletop RPG designers trying to share their personal experiences, gameplay theories, and storytelling principles with readers who want to make their own RPGs. Sometimes the “teachings” of these designers conflict with each other, but that’s not always a bad thing. The design principles behind a “Narrativist” RPG will naturally be different from a “Simulationist” RPG, which itself will differ from an RPG designed to emulate old-school play. Rather than searching for a single tabletop RPG designer expert who knows how to make the perfect RPG, aspiring designers should pick the resources with the advice best suited to the roleplaying concept they have in their heads.

How To Make Cool TTRPG Pamphlets

How To Make Cool TTRPG Pamphlets is a free-to-download design resource compiled by Guilherme Gontijo on his itch.io page. The first-page of this two-page pamphlets talks about how to neatly format the text and images of a small, pamphlet-sized tabletop RPG system. The second page talks about how to bring an RPG concept to life, find public-domain images to decorate an RPG, and how to write out 2-4 pages worth of rules with both clarity and concision.

The RPG Design Zine, compiled by Nathan D. Paoletta on itch.io, is a self-described “distillation” of all design principles and lessons he’s accrued after 13+ years of making RPGs. This 24-page document, each page formatted in a rough scrap-book style, discusses how to write out and clarify the core theme and design goal of a tabletop RPG, then use this articulated premise as a structure for developing game mechanics. Key questions discussed in this Zine include: how much control should players/GMs have over the story? Should gameplay rules and character abilities be more free-form or more granularly defined? What media sources can be used as sources of inspiration?

Lumpley Games is the website of D. Vincent Baker and Meguey Baker, the designers of Apocalypse World, Under Hollow Hills, The Wizard’s Grimoire, and other narrative-focused RPGs. Links on this website will lead players to the many games this creative duo have worked on over the years, but the true treasures of this website are the game design theory articles published by Vincent Baker. Designers building their own “Powered By The Apocalypse” games will learn from posts that talk about how to construct “Moves,” how to refine a game through iteration, and how to move the themes of a “PBTA” game away from conflict and towards other transformative experiences.

The Principia Apocrypha, free to download on Lithyscaphe, is a treatise about how to play/run Old School Revival RPGs – role-playing games that hearken back to Dungeons & Dragons games from the 1970s. In the opening chapter of Principia Apocrypha, the authors define OSR games as RPGs emphasizing high-lethality combat, careful open-world exploration, a disinclination towards “encounter balance,” and the rewarding of lateral thinking on the part of players. Much of the advice in later pages is directed toward players learning how to play an OSR game or Dungeon Masters learning how to run one, but careful study of said advice will help games designers figure out what rules to include – and not include – in their fledgling OSR RPG.

Next: Tabletop RPGs That Don’t Have Traditional Turn-Based Combat

A Chicago-based Writer, Author and freelance translator. Looking to prep his readers for the next renaissance or apocalypse, whichever comes first.

Write and publishes web fiction under the pseudonym Aldo Salt on Inkshares.com.