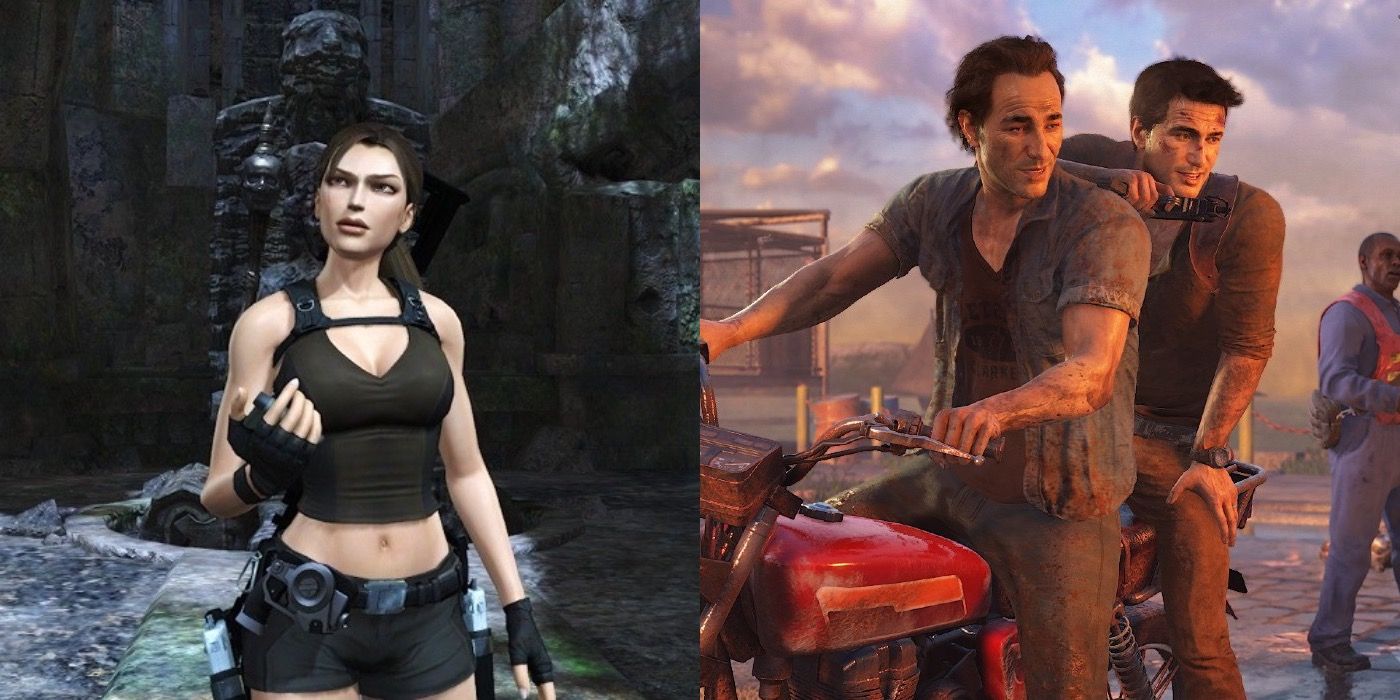 The Tomb Raider video game series has quite a long legacy, as the character was a mascot for the very first PlayStation and has had games released on every generation of the Sony console ever since. However, not everyone has been wowed over by Lara Croft’s treasure hunting and puzzle solving.

Reddit is almost as much of a treasure trove for unpopular opinions as the tombs are for centuries-old artifacts. Between claiming the realistic reboot isn’t progressive enough, arguing that the puzzles are too boring, and even positing that Angel of Darkness is great, it seems like developer Crystal Dynamics can’t please everyone.

After the incredible reboot that came in 2013 and the even better sequel, Rise of the Tomb Raider, the anticipation couldn’t have been higher for the conclusion to the trilogy. However, Shadow of the Tomb Raider received a tepid reception due to retreading many of the same beats as its predecessors. But Reddit user IBBeMa claims the game is the best of the trilogy.

They argue that though the entry has the poorest writing, the games was “so much fun” due to the focus on puzzles over combat. And while Shadow deserves a second chance, as it does feature the best puzzles of the series, the conclusion to Lara’s story was a huge letdown, and the pacing wasn’t half as tight as the first two games.

9 The Reboot Isn’t As Progressive As The Original

Redditor Couldbearetard believes that the Reboot series of the franchise isn’t as progressive as people like to believe. They say that the original PlayStation games were more progressive because the developer tried to “buck the trend” of damsels in distress and she became an iconic female action hero.

However, it’s clearly a case of revisionist history, as when the PS1 Tomb Raider games were released, they were marketed based almost entirely on sex appeal, and the posters were filled with sexual innuendos. The reboot series does no such thing, and Lara in the newest games is a realistic depiction of someone who is trying to survive in the wilderness, and she only has tools that she can craft from the environment.

8 The Reboot Series Has A Forgettable Soundtrack

One of the things the Tomb Raider games are known for besides the puzzles and gameplay is the huge, sweeping soundtrack. And the reboot games upped the ante massively, but user makeme_a_sandwich thinks otherwise, claiming that the soundtrack is “terrible and just forgettable.”

RELATED: 5 Reasons Why The Tomb Raider (2018) Is The Perfect Adaptation (& 5 Why It’s Still The Angelina Jolie Movies)

They posit that even Angel of Darkness, the worst in the series, has a better soundtrack. But what’s so great about the reboot soundtracks is that they are all so different depending on the environment. Fighting through blizzards features huge orchestral music, and simply solving fun puzzles in Croft Manor features string compositions with soft melodies, and it’s so immersive.

7 Tomb Raider Is Better Than Uncharted

Tomb Raider and the Uncharted series are compared to each other endlessly, as they both feature globe-trotting adventures with the main character being an outgoing treasure hunter. The gameplay in both of them is extremely similar, and just like Uncharted, Tomb Raider also started out as a PlayStation exclusive 25 years ago.

The general consensus is that the Uncharted series is better, but referring to the reboots, a deleted user states that the plot, characters, and gameplay are all “better in Tomb Raider.” However, even though Uncharted was clearly influenced by the old Tomb Raider games, the tables were turned, as the Tomb Raider reboot took cues from the Nathan Drake-led franchise. And the Uncharted games are rated higher on Metacritic too

6 Paititi Was A Pleasant Change

Another deleted user notes that they don’t understand why people dislike Paititi, the lost city in Shadow of The Tomb Raider. They argue that it was a “refreshing change” to the run-of-the-mill modern cities and medieval villages found in so many other video games. But the lost city was way too big, and all of the side missions massively distracted from the main story.

But more than anything, it comes off as almost too derivative of Uncharted. Even though Paititi has its fans, it’s another example of the reboot series borrowing a little too much from the Nathan Drake-led series, as one of the tentpoles of the series are all of the lost cities.

5 Sam Was A Lame Character

One of the most lovable characters in 2013’s Tomb Raider outside of the titular character is Sam, the filmmaker who documents the search for Yamatai. But Reddit user Ryu-Gi isn’t won over by the character’s charm, as they think that Sam was “kind of lame.”

RELATED: 10 Lara Croft Tomb Raider Cosplay That Are Too Good

To the user’s credit, this unpopular opinion does hold a little bit of weight. Sam is the exact opposite of what Crystal Dynamics wanted to do with Lara. With the 2013 reboot, the developer created a strong female character who wasn’t a damsel in distress and was rarely ever vulnerable. But Sam is the exact embodiment of that.

4 Underworld Is The Worst Of The Legend Trilogy

The Tomb Raider series has been rebooted more than once. Over a decade ago and long before the reboot trilogy, Lara’s origins was told in Tomb Raider: Legend, and it was continued in Tomb Raider Anniversary and Tomb Raider Underworld. The trilogy is brilliant, but Redditor CringeOverseer claims Underworld is by far the worst.

They argue that the game has “generic scenery” and the story that was set up in the first two games doesn’t pay off. However, Underworld is generally considered the best of the three, as Legend is regarded as the worst because of its hallway-like levels and lack of freedom to explore. And though Anniversary has one of the most inventive designs of Croft Manor, one of the best video game homes, it can’t match the design of Underworld.

Toria_23 genuinely thinks Tomb Raider: Angel of Darkness, the game that almost ended the franchise, is great and they “absolutely love” it. But the game is notorious for being the worst Tomb Raider game by far, and it’s despised by even the biggest fans of the series.

The gameplay mechanics are shockingly bad and the response time is terrible, as it takes a second for the action to happen after players hit the buttons. However, the game has built quite a cult following in the years since, and there must be a large minority who still love the game, as there are still unreleased deleted scenes of Angel of Darkness getting dug up.

2 The Series Has Monotonous Puzzles

Arguing that the games are way too drawn out, Redditor Steve123479 complains that the series is full of “boring adventure games.” The user again compares the series to Uncharted, another third-person adventure game. It’s a fair comparison, and a lot of people have made it, as they’re both action-adventure games, and Lara and Nathan Drake are essentially the same person.

With the success of the ultra-realistic reboot in 2013, Crystal Dynamics doubled down on that tone and followed it up with two more games very much grounded in reality. However, the series wasn’t always like that, and far from it, as the first game in 1996 even saw Lara being chased down by a T-Rex.

Nientoosevenjuan wants to see a return to those kinds of fantastical elements, saying that they want the “mummies/ufos/dinosaur stuff” from the ’90s games. But while the original still remains the best Tomb Raider game, it isn’t just the Tomb Raider games that have focused on realism, but the whole video game landscape. And it’d be tough for CD to ever try to convince the new fanbase that UFOs in a Tomb Raider game is “normal.”

NEXT: 5 Video Game Movie Franchises That Deserve A Reboot (& 5 That Don’t)


Next
MCU: 10 Questions About Hawkeye, Answered