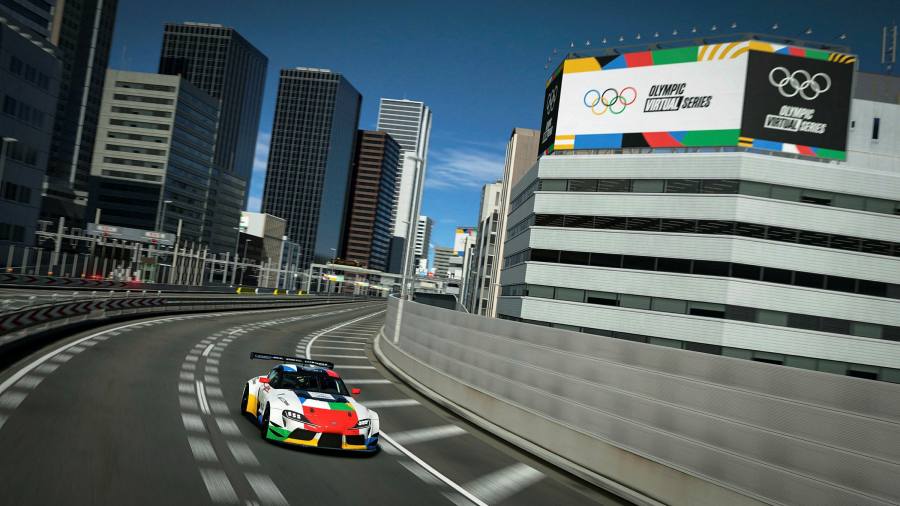 Sign up to myFT Daily Digest to be the first to know about Gaming news.

As the athletes marched around the stadium for the opening ceremony of the Tokyo Olympics, they were accompanied by an unexpected soundtrack: a rousing suite of video game music from the likes of Final Fantasy and Sonic the Hedgehog.

It was a reminder that Japan takes gaming seriously, and the International Olympic Committee (IOC) is now following suit. This year’s games were preceded by the Olympic Virtual Series, where players competed in five sport simulation games. While these were not medalled competitions, they demonstrated gaming inching closer to the world’s biggest sporting event. Might we one day see video games in the Olympics proper, with competitive Fortnite slotted between judo and javelin?

Formalised larger-scale video game competitions, or esports, have existed since the 1980s and have been chasing legitimacy ever since. South Korea and China recognised them as an official sport in the early 2000s; in 2013 the US government began offering sporting visas to esports professionals; and in 2016 a Norwegian school started including esports instruction as part of the curriculum.

Across the 2010s esports became professionalised, with full-time teams forming around fighting, shooting, card and strategy games. Their tournaments today can pay out up to $30m in prize money and fill huge arenas with spectators. Industry analyst Newzoo estimates that esports revenues will be worth $1bn by the end of 2021, a sharp 15 per cent increase from last year.

Still, popularity is not reason enough for esports to enter the Olympics. While it does fit most of the IOC’s criteria for inclusion, with an international federation and practitioners in many countries, there is a fundamental bone of contention: is esports physical enough to be considered a sport?

Competitive play does demand much from the player’s body: professionals develop lightning-fast reaction speeds, reach heart rates that can match sprinters and make seven hand movements per second during play. It’s not as if all Olympic sports require peak physical fitness, either: consider dressage or shooting. Still, it is understandable that critics feel video games are the antithesis of the active lifestyle that the Olympics exist to promote.

The IOC has toyed with gaming for years. It dubbed esports “a sporting activity” in 2017, but in the same year the IOC president said in an interview: “We want to promote non-discrimination, non-violence and peace among people. This doesn’t match with video games, which are about violence, explosions and killing.” So while this year’s Olympic Virtual Series was conceived to appeal to gaming communities and competitions such as the (non-Olympic) Asian Games in 2022 will include esports as medalled events, gaming will not be an official sport in the 2024 Paris Olympics.

There are compelling reasons to welcome esports into the Olympics for both sides. Olympic inclusion will provide esports with more legitimacy — while worldwide acceptance is gaining steam, there are still setbacks such as Dota 2 tournament The International’s sudden move from Stockholm to Bucharest this year after the Swedish Sports Federation decided it would not recognise esports.

For the Olympics, which suffers from falling TV ratings and an ageing viewership, esports can bring in a significant young audience. New Olympic sports included this year such as skateboarding, surfing and climbing seem deliberately chosen to appeal to younger viewers, but these hardly have the reach of Fortnite or Overwatch. Esports is in the ascendance, and it seems the IOC is beginning to realise that it might need esports more than esports needs the Olympics.

However, there are significant obstacles to adding esports to the Olympics. Unlike physical sports, video games revolve around intellectual property owned by developers, meaning the IOC would not have total control to present and programme esports as they would with other events. Esports is also rather inaccessible to casual viewers — in five minutes you could get the gist of the pole vault, but a game of League of Legends is mystifying to outsiders, even with a knowledgeable commentator.

As a new field, esports is also regulated less comprehensively than physical sports — the community is still ironing out protocols to handle doping and cheating, while the esports community has to reckon with issues around harassment and a serious lack of gender diversity.

That the IOC continues to flirt with gaming shows that these issues are not considered unsolvable. In order to avoid the inevitable debates that would flare around video games being included into the Summer Games, perhaps a sensible solution would be for the IOC to create a new ceremony specifically for gaming.

For those who see this as a break with tradition, it’s worth remembering that the Olympics are not a traditional institution — they are an updated imitation of an ancient Greek ceremony, fundamentally modern and constantly evolving. Perhaps it’s not so strange to imagine that tomorrow’s wreaths might be made not from laurel but pixels.