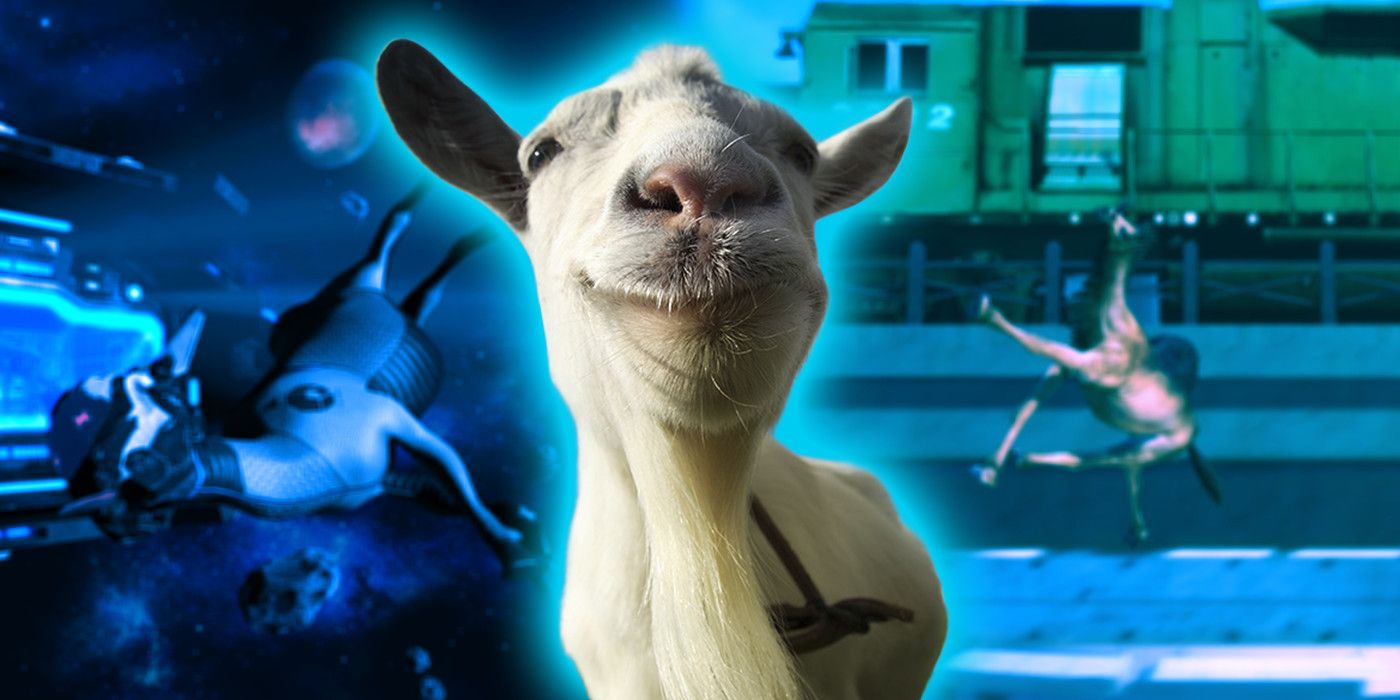 Simulation games have been around for decades, but a rise in absurd gameplay experiences like Goat Simulator has led to the genre blowing up.

As role-playing games and first-person shooters continue to garner massive player bases, one sub-genre continues to surprise gamers. Simulator games have been around for decades and allow players to do anything from flying a plane to driving a semi cross-country. Some franchises, like driving simulators, have garnered even more attention thanks to games like Forza Horizon and Need For Speed. Still, as more titles release, the sub-genre continues to grow exponentially.

Part of that growth is thanks to the genre becoming even more absurd, deciding to simulate incredibly random but oddly satisfying jobs and experiences, such as Surgeon Simulator and Goat Simulator. But as these titles continue to gain more popularity, it only shines a light on the bizarre fascination players have with simulator games in the first place.

Part of the reason for the massive appeal is the level of escapism the simulator sub-genre provides. For many gamers, a simulator title is a case of getting out of their humdrum life and experiencing something they’ve always been interested in but never pursued. Gamers can experience the thrill of being a pilot without actually taking to the skies or a relaxing day in the fields with Farming Simulator. These games help players live fantasies they may not be able to experience in real life, but they can also provide an educational experience. Titles like Bee Simulator, while intended to be jokes, can still offer some insight into nature and the world around us. Players can also infer how to tend and harvest a farm successfully in Farming Simulator. These titles educate, as well as offering entertainment and a sense of completion and fulfillment by completing tasks found in the game. This even factors into the more absurd titles that are coming out more often.

While farming and truck driving may be the backbone of simulator titles, more little-known jobs offer massive appeal to players. These titles include Cooking Simulator and Power Washing Simulator, which, while smaller in scale, still appeals on an informational level. Players feel like they are learning tasks that they can take into the real world, such as power washing a driveway or making a delicious meal. However, games like Job Simulator and Goat Simulator are designed to push the limits of the sub-genre and the player. Now players can test the boundaries of creating chaos as a goat or how many work duties they can skip in Job Simulator. The freedom becomes therapeutic, especially after a long day.

Simulation games are a sub-genre that doesn’t bring much attention to itself. But once discovered, it shows players how fun tasks like driving and flying can be. They also offer a degree of education within the entertainment to ensure that their minds remain active. Thus, no matter how absurd the games become, there will always be a degree of relaxation and escapism that continues to entertain its players and bring new ones in.

CBR Features Writer Nick Brooks has been writing for over ten years about all things pop culture. He has written for other sites like Animemojo.com and Gamefragger.com. When not writing you can find him with his lovely girlfriend, cooking, reading comics, or collecting any new Star Wars Black Series, Marvel Legend, or Transformer. For more of his thoughts on pop culture check out his blog, The Next Panel with Comic Brooks.