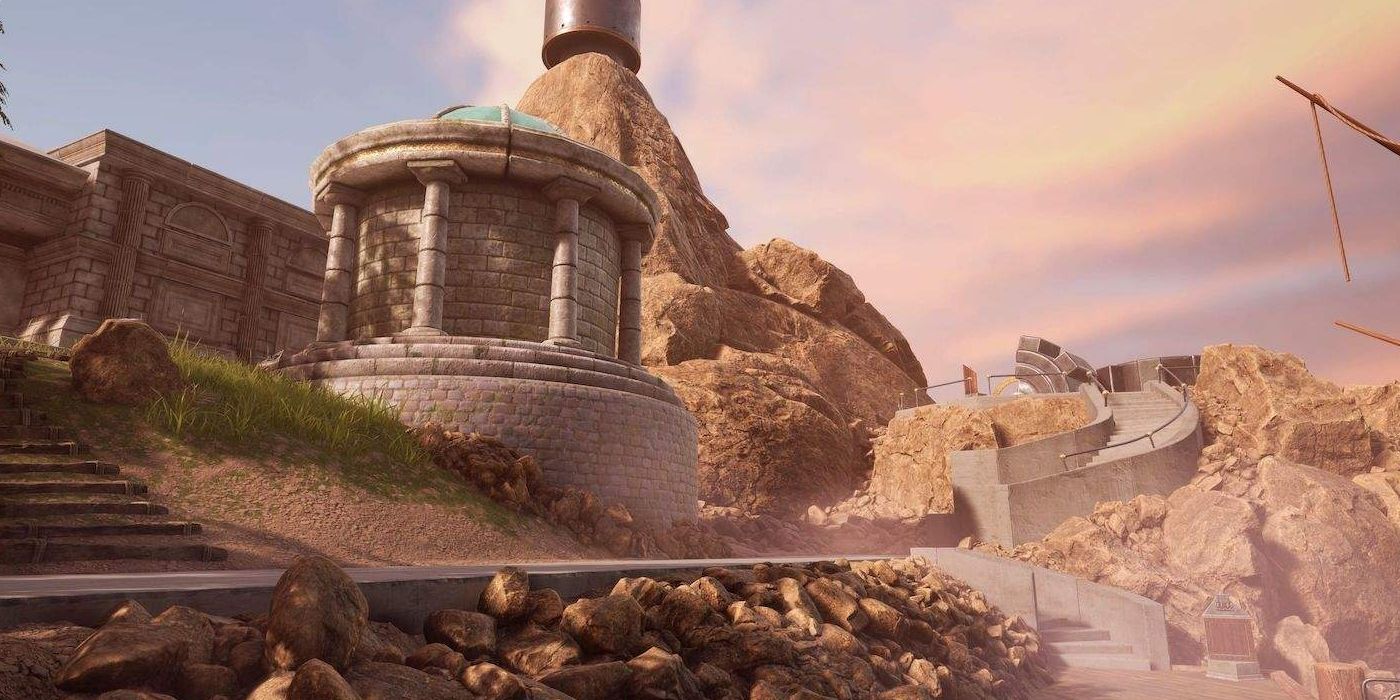 Over the years, many games have followed Myst’s formula for puzzle-solving, but these games (including a spiritual successor) have done it best.

With mind bending puzzle elements surrounding a mysterious narrative, Myst was the first in a series of critically acclaimed point-and-click adventure video games. It’s rare for a game that was released all the way back in 1993 to still hold a place in people’s hearts, but that’s been the case with Myst. Players take on the role of a nameless Stranger as he explores and deciphers enigmatic engineering left behind on wondrous uncharted worlds.

The game world was accented by a haunting, ethereal soundtrack and moved forward by compelling characters. However, the game’s most outstanding quality was the sense of achievement felt upon solving the puzzles and progressing to exotic, captivating new areas. Myst has kept its popularity in the 28 years of gaming that followed, and while there are few puzzle adventure games that instill the same wonderment and brainstorming, similar games do exist.

While Myst was the original game in the adventure title, there were six full games in the series that followed. These include Riven, Exile, Revelations, End of Ages, and Uru: Complete Chronicles. These games continue the journey of Atrus and his family, and have many similar world-building elements to Myst. There are abandoned Ages, Linking Books, puzzle platforming, and the ongoing plight of the D’ni people. And while these other games featured below are like Myst, it may be best to start with the next chapter of the franchise itself to get the true Myst experience.

Much like Myst had Linking Books to other Ages locked away in in rocket ships, Eyes of Ara is paranormal mystery game hidden under layers of technology. It takes place in an abandoned castle thick with intrigue, and puzzles vary from moving beams of light to lining up symbols on the family crest. A more modern game, besides the story and linear narrative, Eyes of Ara also features hidden collectibles and extra secrets for players looking for a little extra challenge.

Just like Myst, Quern – Undying Thoughts starts with stumbling onto an abandoned island full of lore, puzzles, and gorgeous scenery. From the beginning there’s little to go on but a crystal imbued with strange powers and a challenging letter from someone named Professor Maythorn. Quern’s in-game sketch notebook and sprint button help to reduce the backtracking that’s often a problem with point-and-click video games. From potion mixing to power routing, it’s a thought-provoking journey to the island’s dark past.

The Talos Principle Weaves Mind-Bending Puzzles into a Coherent Plot

The puzzles in Talos Principle are more direct and self-contained than those of Myst, but the two games also share narrative similarities. Beneath the shapes and physics puzzles of Talos Principle lies something cerebral in a different way – the plot is an exploration of philosophical science fiction, and harkens to similar moral questions posed by Atrus at Myst’s conclusion. The world is a contradictory one, comprising ancient ruins and advanced technology, but the greater challenge is finding true purpose.

Obduction is a Puzzle Game Made by Myst’s Creators

It may not take place in the same universe as Myst, but Obduction is about as close as it gets to getting that experience outside the series. It’s a puzzle adventure game about traveling between alien worlds designed by Rand and Robyn Miller, the brother duo that created Myst. The game is a spiritual successor, and navigating the colorful landscapes of Obduction‘s Hunrath and Maray definitely feels like exploring the island of Myst for the first time.

Next: How Indie Games Are Expanding Beyond Pixel Art

Jeremy is an avid gamer, writer, musician, and instructor. He has been teaching for over 15 years, and written all manner of gaming articles, reviews, FAQs, walkthroughs, strategy guides, and even the odd screenplay when the mood strikes.

When he’s not out playing jazz, Jeremy is deeply immersed in the latest games, much to the distress of his attention-hungry cat.