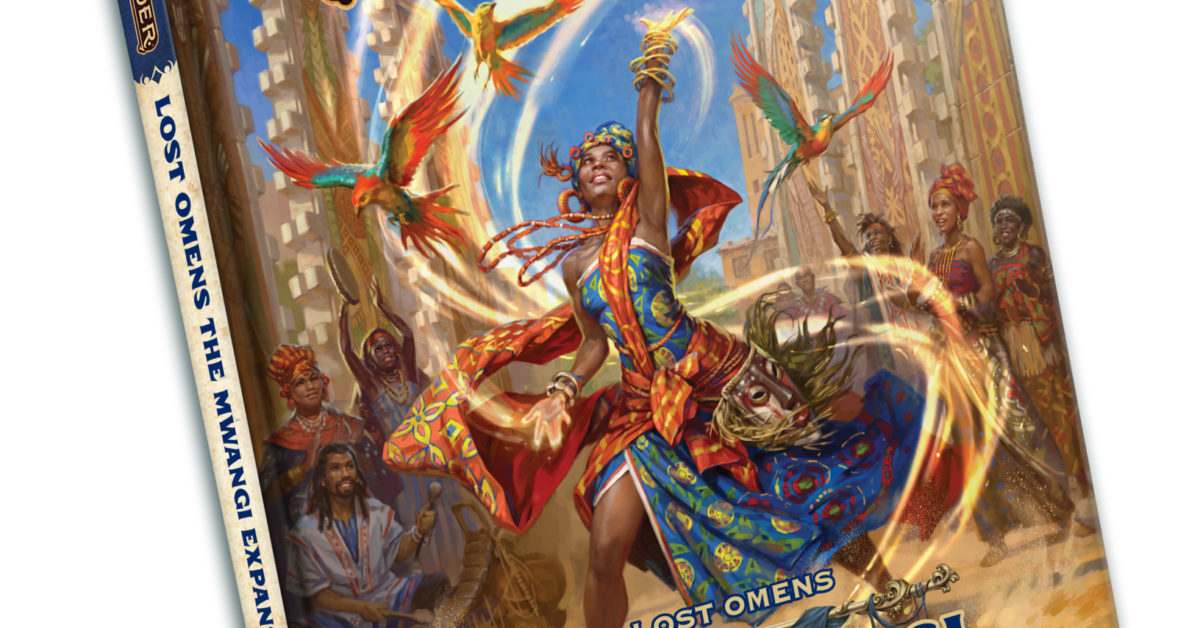 Role-playing game designer Paizo has announced two new releases for their RPG Pathfinder! One is an Adventure document for 3rd-level characters called Malevolence, while the other is a full-on sourcebook called The Mwangi Expanse. Both are to be available in hardcover and PDF forms.

Pathfinder: Lost Omens – The Mwangi Expanse is, for lack of a better term, an expansive sourcebook that delves into the various cultures and features of the area for which the book gets its name. According to the book’s description on the product page of Paizo’s web store:

The Mwangi Expanse has been home to an untold diversity of cultures and peoples since time immemorial, hosting powerful, isolated city states that have often paid little attention to their neighbors. Yet the turning tides of fortune have begun to usher in changes that are rippling across the world. As a band of scholars from an ancient university venture north to aid a disaster-torn Avistan. A revolution-forged nation seeks powerful allies against foreign aggression. An undead god, once a symbol of hope to his declining nation, now grows jealous enough to turn on his self-proclaimed kin.

The Mwangi Expanse offers insights into diplomatic matters, intrigue regarding espionage, magic, and even some monsters. The book will cost $34.99 to get as a PDF document or $49.99 to get as a printed hardcover copy.

Meanwhile, Malevolence is an adventure module for players of characters of the 3rd level and deals with a haunted house and its spectral inhabitants. As one might expect, this module is horror-themed and will likely serve, under the right Game Master, to scare the pants right off of players.

According to the description of Malevolence on Paizo’s product page:

The house has stood abandoned on its lonely hilltop, brooding quietly over the ruins of a once thriving town for decades. No one has lived within its walls since the night a terrific storm flooded the coastal town below—and since a tragedy struck down the noble family that once dwelt within—but now, the mansion has attracted the attention of a curious group of adventurers. What is the truth behind the tragic past that empowers the evil that grips the mansion today, and what might happen to the world of Golarion if the sinister influences that grow within these haunted walls are allowed to build beyond the breaking point?

Are you excited about these new resources from Paizo? How are you enjoying Pathfinder? Let us know what you think in the comments below!