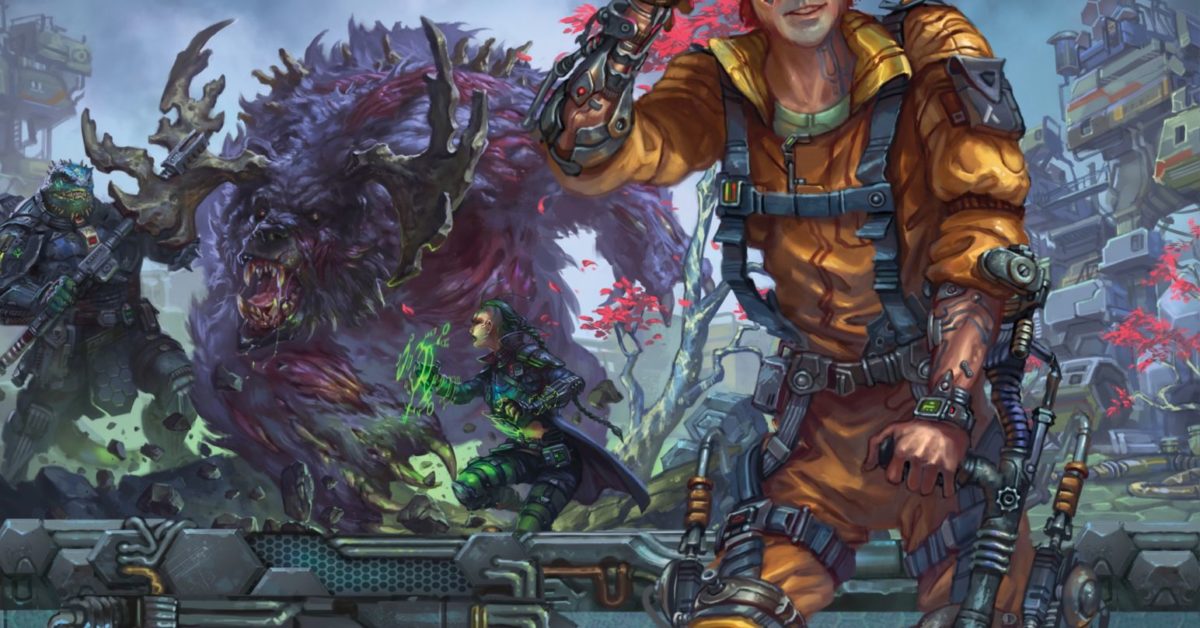 It seems that between new releases for their fantasy role-playing game Pathfinder and their science fiction game Starfinder, RPG design company Paizo has been fairly hard at work. In addition to a new sourcebook and module for the former, they have also been busy making new Adventure Paths for the latter. One of their two new Adventure Path modules is called Starfinder: Horizons of the Vast – Planetfall and is the first Adventure Path out of six in the Horizons of the Vast series. The other is the final chapter in the series called Fly Free Or Die and is called The Gilded Cage.

In Planetfall, a module set for four 1st-level characters, players are introduced to the setting of the game, which runs bi-monthly in six chapters. According to the description of the module on Paizo’s product page:

With the discovery of an uncharted, resource-rich, and uninhabited planet in the Vast, several factions begin a joint settlement effort, and the heroes are given the chance to be the scouts and administrators of one such charter. As they explore the surrounding wilderness and grow their new settlement, they must contend with all manner of problems, from wild animal attacks to dissatisfied settlers. And the planet holds mysteries beyond counting!

Meanwhile, while a new Adventure Path begins, another ends. Starfinder: Fly Free Or Die – The Gilded Cage is the final entry into the Fly Free Or Die set of module adventures by Paizo. It is meant to be played by four 11th-level characters. The description for this Adventure Path, according to Paizo’s product page, is such:

The crew of the Oliphaunt have gone from rags to riches… and then lost everything to their rivals. Now, at last, it’s time for payback! Their longtime enemy, Lord Sinjin, drow master of an interplanetary crime family, dwells in a secure fortress surrounded by an army of henchmen. Getting in is impossible. Instead, the crew must lure him out with bait he can’t refuse, bringing him to a remote space station and a deadly ambush. But Sinjin didn’t survive this long by being easy to fool…what happens when the hunted becomes the hunter?

Both modules are $15.99 each to download a PDF of, or $22.99 to get a physical copy of. What do you think of Starfinder by Paizo? Is it a fun game to play or run? Let us know your thoughts in the comments below!