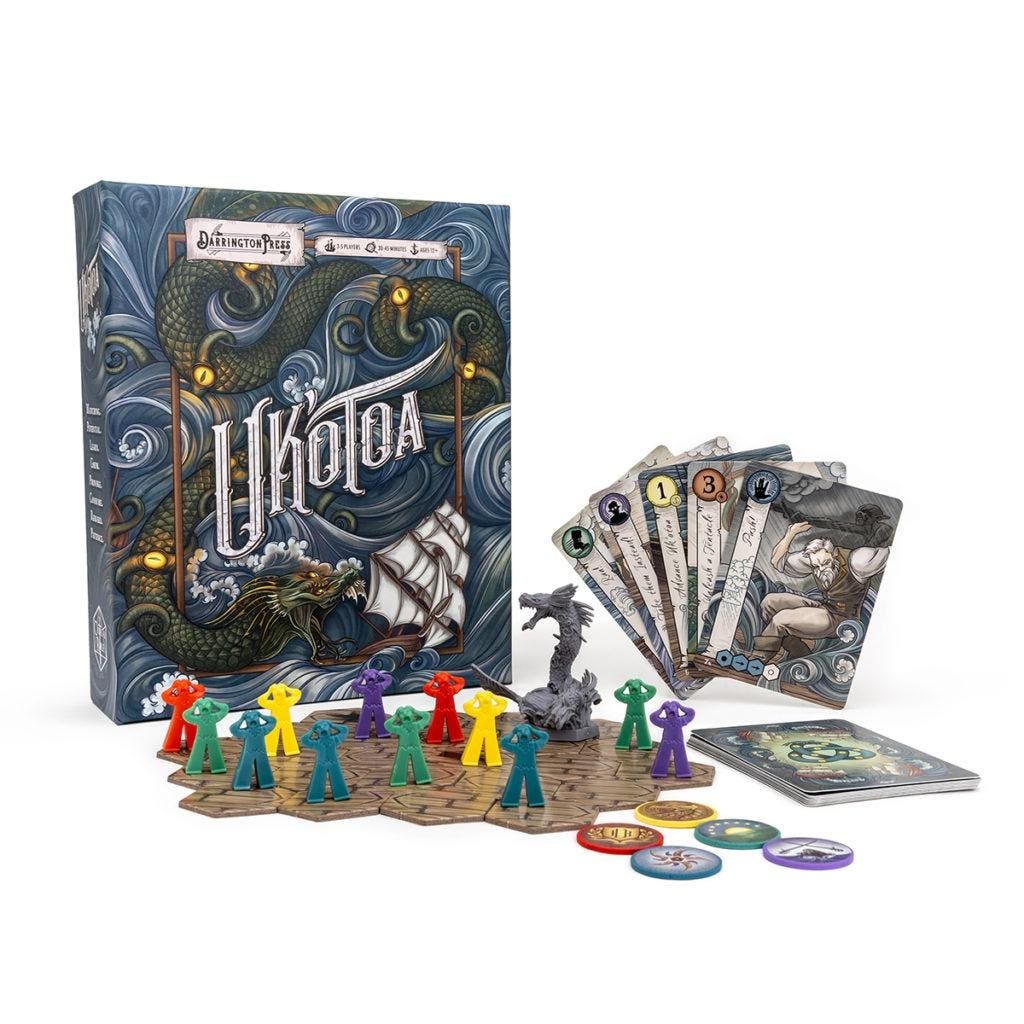 As Critical Role approaches the end of its second campaign, it has never seemed stronger. It released an official Dungeons & Dragons guide to its campaign setting last year. It thrived during the pandemic by continuing to produce episodes as other productions around the world shut down. Now, through a partnership with WizKids Games and its own game company Darrington Press, fans are getting a chance to take home a little piece of the show.

In the land of Exandria, there’s a legendary leviathan that awaits at the bottom of sea. Woe to the unlucky sailors who awaken its wrath, for they will feed its hunger. Uk’otoa takes its name from this evil sea monster. When a ship runs afoul of this great beast, only a few will be lucky to survive.

It’s the first game from the Darrington Press imprint directly connected to Critical Role. Players set up a small board that represents the deck of a wrecked ship and place sailors on the empty spaces from different factions in the world. Each player takes turns playing cards moving their sailors out of harm’s way…or their opponents into disaster. These cards also control how Uk’otoa tears up the deck or lashes out with its tentacles. The player with the last sailors standing wins the game.

Uk’otoa is a fun little game that sets up quickly and is easy to play. The theme works regardless if the players are big Critical Role fans or not. Everyone can enjoy the gleeful destruction and the devious gameplay. It’s a short enough game that players will barely be complete from cackling how they sent their friends to their doom before the next game starts. It’s perfect for a game night starter or even something to do on Thursday nights for fans that get together to watch the show together.

Wizkids has partnered with some of the big names in the nerd world to bring tiny plastic representation of beloved heroes and villains. It seemed like only a matter of time before they put out minis of characters from the show.

The smallest boxed sets feature three different casts of characters; the Dwendalian Empire, the Clovis Concord and the Kryn Dynasty. Whether playing in the official setting thanks to the Explorer’s Guide to Wildemount or using them for a home brew game, these miniatures bring these factions to life in vivid color.

Wizkids also released two sets of monster miniatures. The creatures range in size from the small Core Spawn Crawler to the massive Swavain Basilisk. These miniatures give players the thrill of battling the same bad guys as the ones on the show but are also a good curve ball for Dungeon Masters to throw in their own games if they are afraid their players are too knowledgeable about the classic Monster Manual creatures.

The premium figure show piece of this collection is Udaak. It’s a representation of the famous behemoths that wander the plains of Xhorhas. Matt Mercer described them as a demonic cross between an ox and a gorilla. At a size of 210mm, the Udaak towers over the battlefield as the center of a set piece battle or as a decorative figure perfect for a critter’s shelf.

Uk’otoa and the Wizkids minature series are available at friendly local game stores as of today.