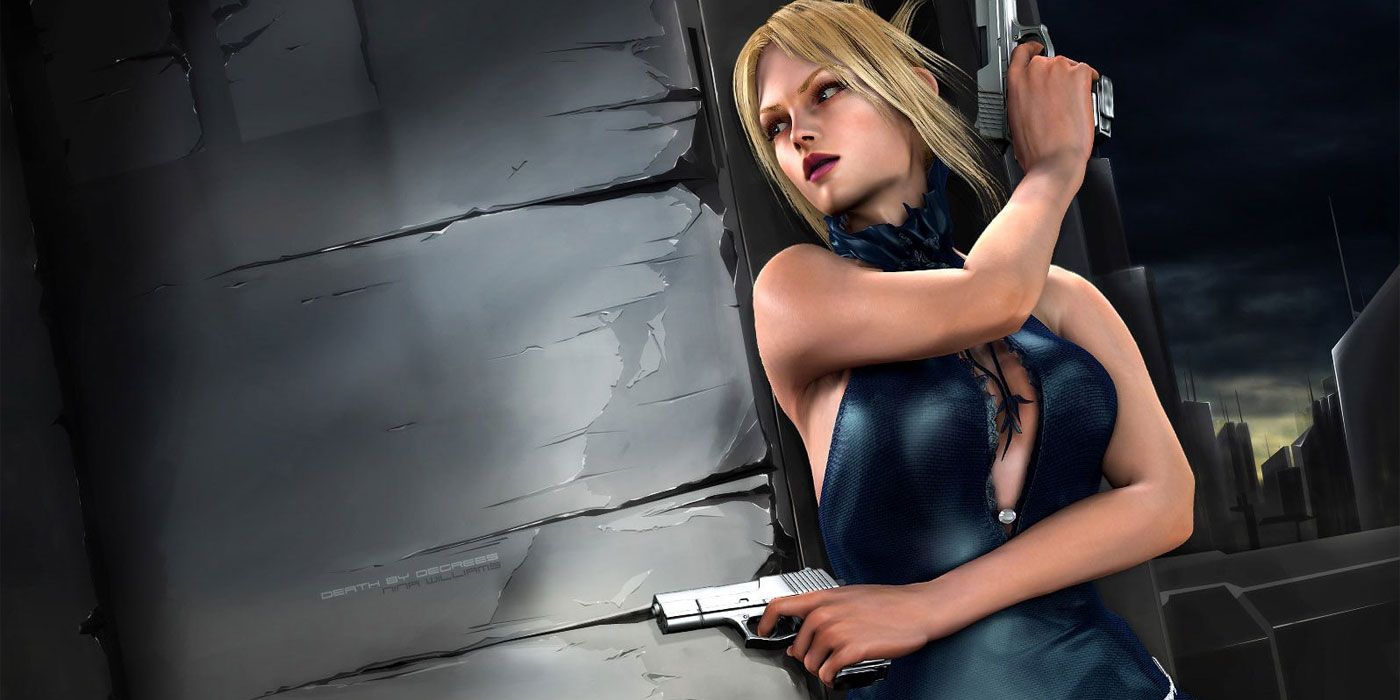 Though franchises such as Street Fighters and King of Fighters rule the roost with 2D fighters, Namco’s Tekken is undeniably the biggest name in the 3D fighting games. Ever since it began back in 1994, it’s been a consistent hit with fighting aficionados and more mainstream gamers due to its deep gameplay and cast full of both brutal and increasingly hilarious fighters. Its biggest moments include tag tournaments and crossovers with Capcom’s aforementioned franchise, with its most recent entry still receiving new updates.

One of Tekken‘s most forgotten moments, however, was 2005’s Death by Degrees. This title wasn’t a fighting game, but a 3D action-adventure title starring femme fatale Nina Williams. The game’s unorthodox controls earned it mixed reviews, but certain elements surprised fans and critics alike while inspiring other games, giving it a bizarrely relevant legacy in today’s gaming landscape.

Continue scrolling to keep reading
Click the button below to start this article in quick view.

Nina Williams in Death by Degrees

The game’s plot sees Nina Williams, a world-renown fighter and assassin, hired to infiltrate the crime syndicate known as Kometa. This group’s plans include taking advantage of the fall of the Soviet Union to develop a superweapon capable of reclaiming power in those territories. When her teammates are killed, Nina is forced to draw upon her versatile skill set to complete the mission alone. This brings her into conflict not only with Kometa, with familiar faces such as Lei Wulong’s Tekken Force soldiers and her own sister, Anna Williams.

The game is most notable for its gameplay for various reasons. For one, movement and fighting mechanics are conducted entirely through the analog sticks, with the face buttons having no inputs. Pointing the right analog in certain directions allows Nina to perform various attacks, with her repertoire beings accentuated by throws and special moves performed by hitting the R1 or L1 buttons. These special moves are done after filling the Focus Gauge and do massive damage to enemies.

If Nina strikes one of their weak points, her attacks will literally break bones. Defeating enemies also gains experience points, allowing the player to unlock even more excruciating special attacks. These violent techniques earned the game its title and earned it the status as the only game in the Tekken series to receive an M Rating. Beating the game multiple times unlocks several new features, such as playing as Anna Williams and a fight with Tekken patriarch Heihachi Mishima. There’s also a classic Nina Williams costume that makes her look like she did in the franchise’s first few games, pixelated polygons and all. Telling of its age, one of the game’s selling points was the included demo of the then-upcoming Tekken 5.

RELATED: Tekken 7: Season 4 Could Be The End of An Era For Fans

The Legacy of Death by Degrees

Upon its release, Death by Degrees received mixed reviews at best. Reviewers criticized the games for its haphazard camera controls, with its unorthodox but ambitious combat controls being even more reviled. Critics were especially hard on these fighting mechanics given that the game was a spinoff of one of the best fighting game franchises, making the unwieldy controls that much more questionable. The idea of the action being tied to the right analog stick has shown up in several games since, however. It was present in the initial Monster Hunter titles and games such as Too Human and Brothers: A Tales of Two Sons.

Ironically for a fighting game spinoff, the game’s story and cutscenes were actually well-received, making its status of being non-canon to the main Tekken games a shame. It’s also a shame that this weird experiment of an action game can’t be enjoyed on any modern consoles. The game isn’t on PSN as a downloadable title, meaning that only those with a Playstation 2 and an original copy can take a stab at it. This is likely because it wasn’t exactly a fan-favorite title. With its tepid reception at launch, non-canonical status and lack of an HD remaster or download availability, Namco has doomed the Nina Williams spinoff to a surefire death by degrees.